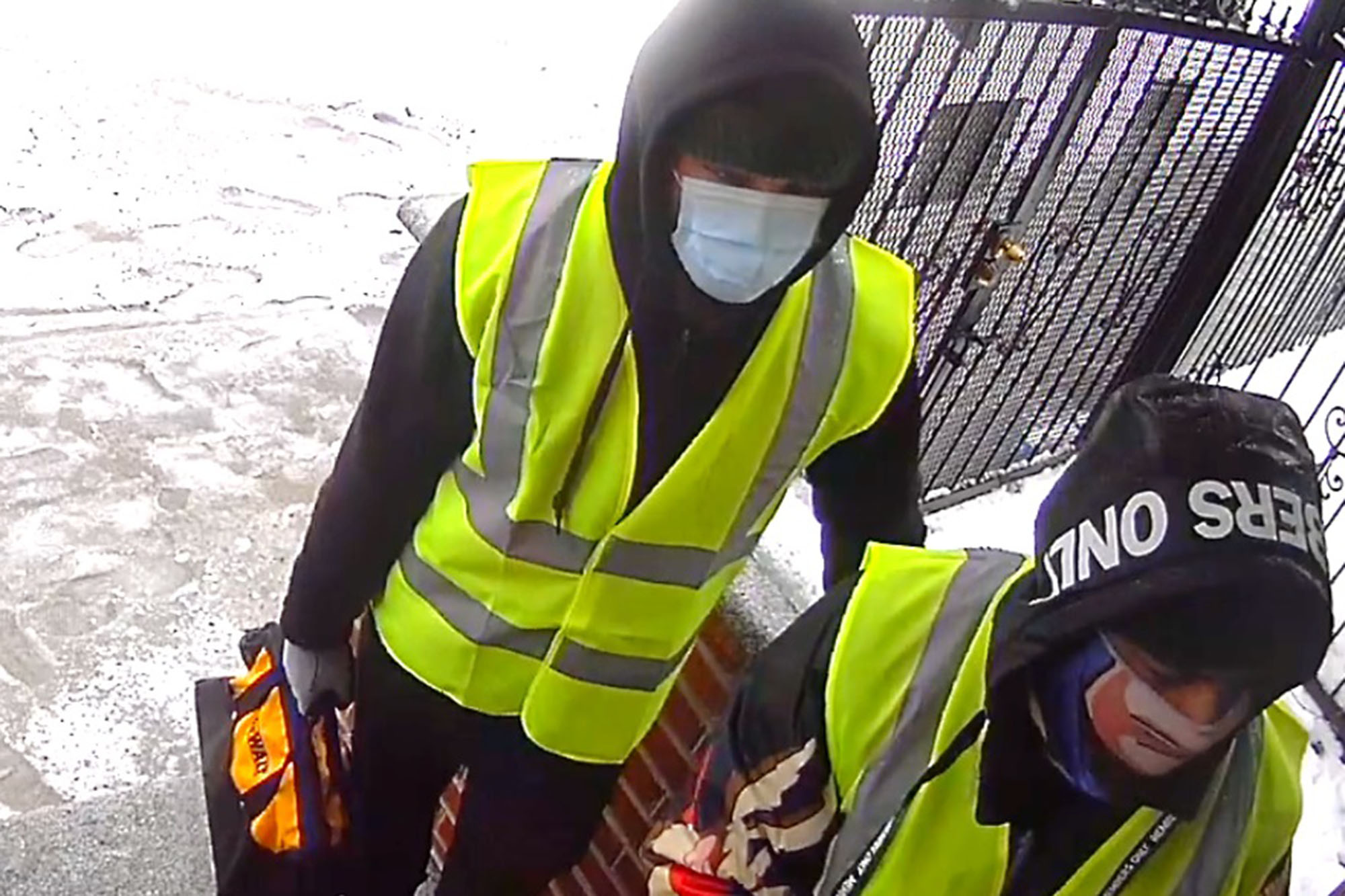 Police said Thursday that a pair of robbers took two people hostage and held them hostage for hours in a Bronx apartment.

A 28-year-old man was inside his apartment on East 227th Street and with 35-year-old Pal on Barnes Avenue around 3pm when two men knocked on the door, claiming they were there to fix the plumbing.

He entered the apartment, lit a gun, tied both men and demanded money, police said.

Police said the two stayed in the apartment overnight and assaulted both victims.

Police said that by 6:40 am the next day – as the suspect slept – the younger man had managed to free himself, leave the apartment and call the police.

When police arrived, the suspect and older victims were no longer at home, police said.

The younger man was taken to Montefor Medical Center for a head injury and suffered a burn on his back.

Police responded to the apartment with a robotic dog, Digidog, who is currently in its testing phase.

Police said it weighs 70 pounds, has cameras and lights, is capable of two-way communication and is able to use artificial intelligence to navigate its environment.