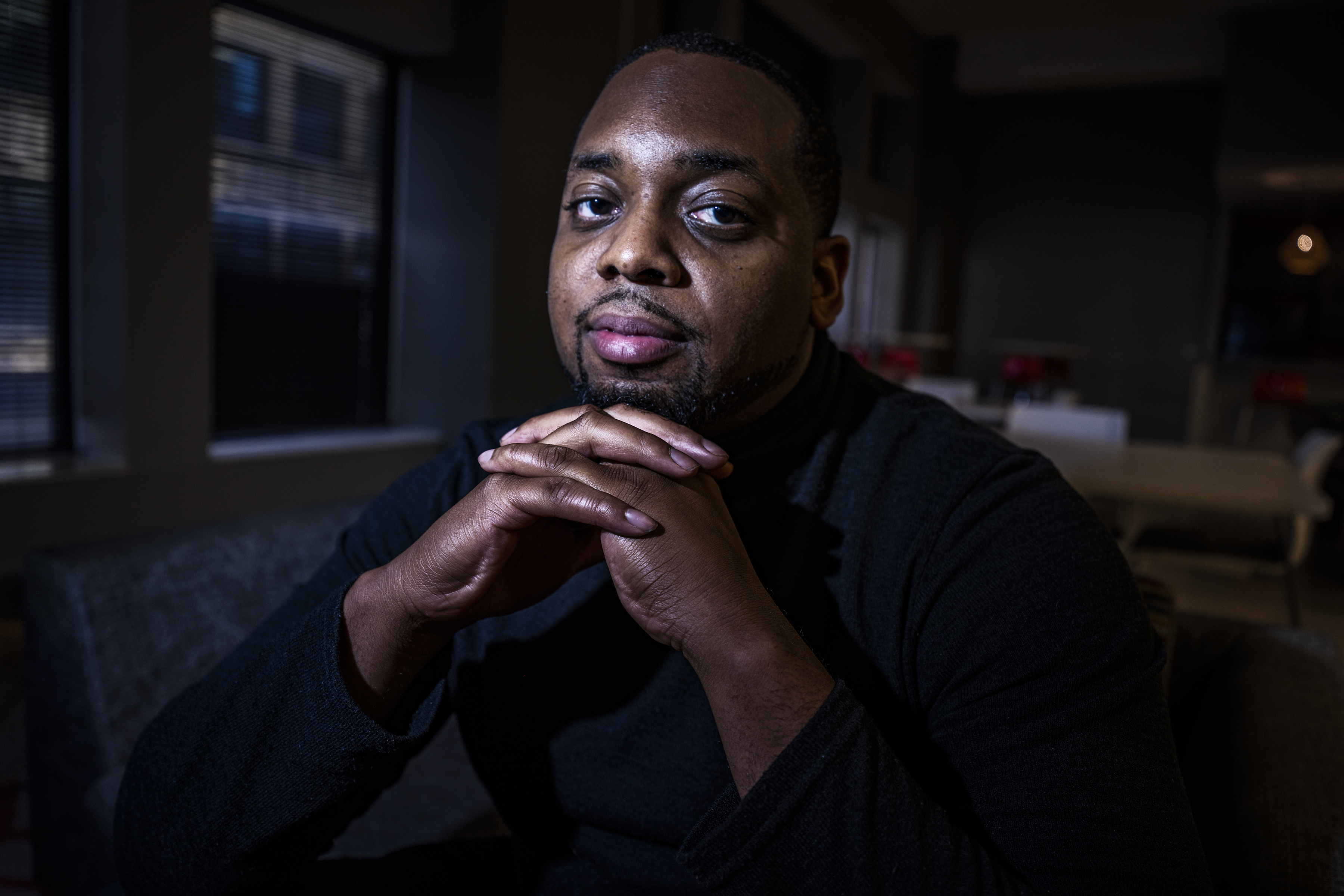 According to reports, a recent murder trial of Derek Chauvin has revealed a photo of a jeweler wearing a Black Lives Matter T-shirt.

Juror Brandon Mitchell, 31, can be seen in the photo wearing a T-shirt with a photo of Martin Luther King Jr., and the phrases “Remove your knee from our neck” and “BLM.” He is also wearing the cap of “Black Lives Matter” in the photo.

Mitchell was the first member of the jury to indict Chauhan for publicly commenting on the trial in the murder of George Floyd.

In Monday’s interview The star tribune, Michel said the photo was of a rally in Martin, Luther King Jr.’s famous 1963 “I Have a Dream” speech last summer in Washington, DC.

Mitchell told the newspaper that his uncle had posted the photo on social media.

The juror insisted on DC March that he had nothing to do with George Floyd.

“It was directly related to MLK’s march in Washington since the 60s,” he told the newspaper.

“I never went [Washington] DC, ”said Itchell, explaining why we joined the rally.

During the jury selection process, each potential juror is required to answer a questionnaire that includes questions about participation in demonstrations and protests.

“Did you, or any of your close ones, participate in any demonstrations or marches against police vandalism in Minneapolis after George Floyd’s death?” One question read according to the newspaper.

The other asked: “Apart from what you have already described above, have you, or anyone close to you, participated in protests against the use of police force or police brutality?”

Mitchell told the Tribune that she answered “no” to both questions.

“I think I was definitely extremely honest,” Mitchell said of the jury selection process. “I gave my thoughts on everything – on the case, on Black Lives Matter.”

“This can change the outcome of things; If there is something that he feels was not forthcoming, it could be an opportunity for the judge to reconsider the case, ”Turkheimer told the newspaper.

Meanwhile, civil rights attorney Brian Dunn told The Washington Post that the picture is “a sensitive suggestion of potential bias in this juror.”

Dunn said a more detailed review would be needed to determine whether Mitchell “lied about, or that he failed to provide a complete answer as to whether he engaged in public activism.”

Dunn said, “If it is determined that the juror did not provide full disclosure to defend, the question becomes whether the lack of candor violated Mr. Chauvin’s right to a fair trial.”