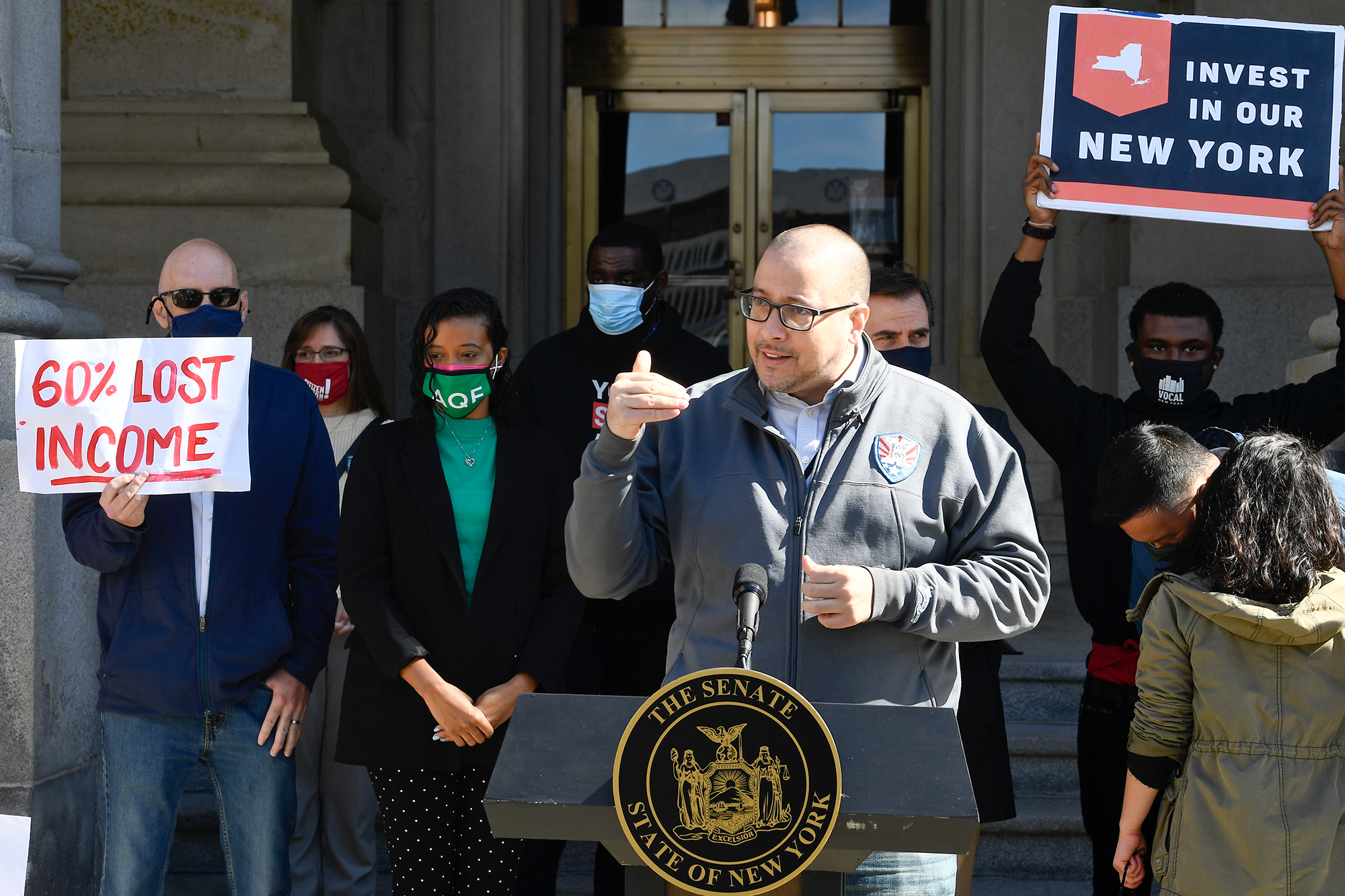 Federal investigators interviewed the chairman of the state Senate Health Committee as part of its probe into Gov. Andrew Cuomo’s handling of nursing homes amid the coronavirus pandemic — including his $5.1 million book deal, The Post has learned.

State Sen. Gustavo Rivera (D-The Bronx) said Tuesday that he was summoned to the FBI’s Brooklyn headquarters earlier this month and interviewed for nearly three hours by agents and prosecutors from the Brooklyn US Attorney’s Office.

“We talked about a little bit of everything — mostly the governor’s interaction with the legislature throughout the pandemic,” Rivera told The Post.

The investigators also asked Rivera for records to corroborate what he told them, he said.

In February, The Post exclusively revealed that top Cuomo aide Melissa DeRosa privately acknowledged during a video conference with Democratic state lawmakers that administration officials stonewalled them due to a potential investigation by the Justice Department.

Investigators also asked about Cuomo’s book deal for his pandemic memoir, “American Crisis: Leadership Lessons from the COVID-19 Pandemic,” but it was not a major focus, Rivera said.

The book quickly became a best-seller but tanked amid a string of sexual allegations against him earlier this year, after which Crown stopped promoting it, citing the federal nursing-home probe.

That report sparked the local probe, the New York Law Journal has reported, citing sources familiar with the matter.

Rivera said he was also asked about a provision in the state budget adopted in April 2020 that granted nursing homes and hospitals broad immunity from criminal prosecutions and civil lawsuits over their treatment of COVID-19 patients.

Critics have blamed that policy for spreading infections among highly vulnerable residents, and a recent study by the Empire Center for Public Policy has tied it to as many as 1,000-plus deaths.

On Monday, Cuomo made public tax returns that showed Crown Publishing Group paid him paid $3.12 million last year for the rights to his book and still owes him another $2 million, with $1 million due this year and $1 million due in 2022.

Cuomo donated $300,000 to the United Way, the tax returns show, and his accountants say he also donated another $200,000 that he couldn’t deduct this year due to a “wiring issue.”

The governor’s spokesman said the remainder of Cuomo’s “net income” last year from the book was put into a trust for his three daughters.

The Brooklyn US Attorney’s Office and the FBI both declined to comment.

Cuomo’s office did not immediately return a request for comment.

Bob Dole to lie in state at Capitol, funeral at National Cathedral