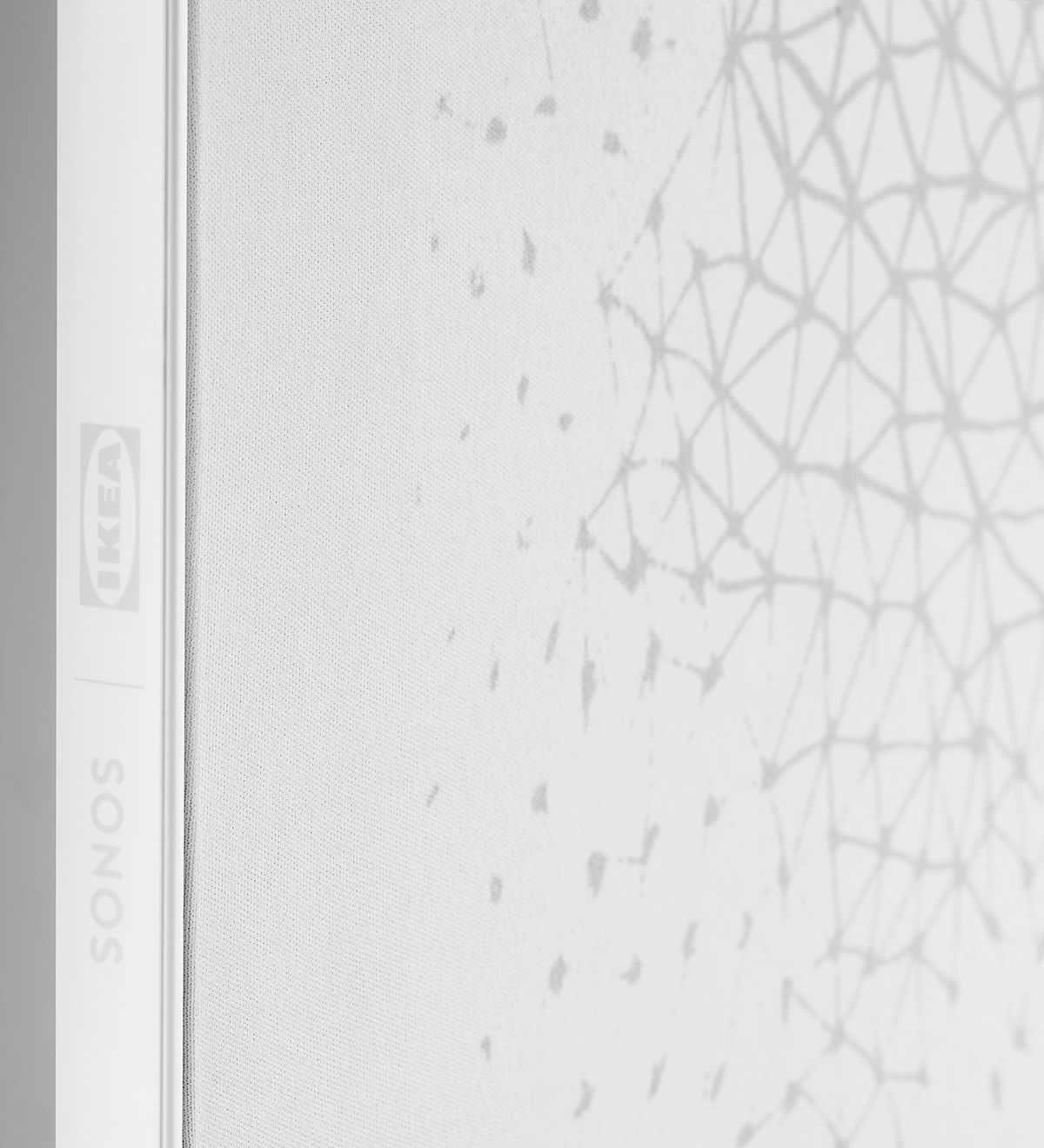 Confirming what The Reporter Door reported back in April, Ikea tonight listed a new Symonisk “picture frame with Wi-Fi speaker” product on its website. The device, which is listed for $199.99, has not yet been announced — but it’s one of two new collaborations between Ikea and Sonos set for release in the near future.

According to the likely-to-be-removed website, the Symfonisk picture frame measures 22 inches high, 16 inches wide, and 2 inches deep. Ikea says customers will be able to choose between “various interchangeable fronts,” and the frame will be offered in either black or white finishes.

“You can choose to hang it on its own on the wall as an eye-catcher, match it with your other pictures on a wall, place it on the floor, or lean it against a wall,” Ikea’s site says of the picture frame. Despite the name “picture frame,” it seems that you won’t be able to put your own photos into this frame; it’s more of an art piece. The front materially is likely specially designed to help sound pass through.

Ikea’s site confirms the Symfonisk picture frame will support Apple’s AirPlay 2, allow for stereo pairing, and can be controlled through the Sonos app just like previous Symfonisk products.

The other 2021 Symfonisk collaboration between Ikea and Sonos will be a redesigned table lamp speaker. June 14th is the latest rumored date for when the two companies will officially announce both products — even if Ikea got a little ahead of itself this evening.

Spider-Man is ‘the greatest movie I never made,’ says James Cameron