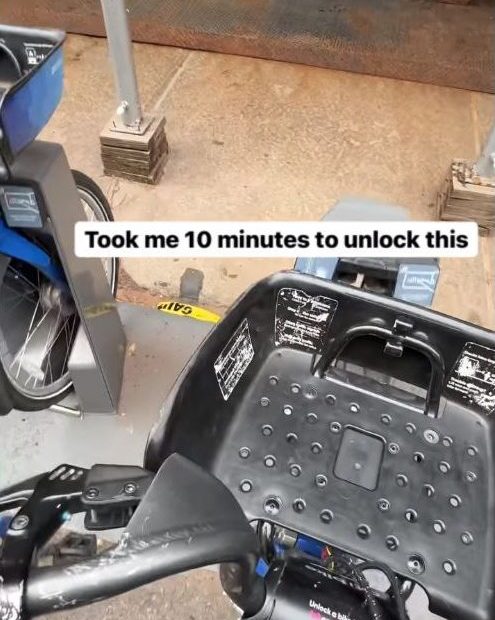 The legendary quarterback and future broadcaster used a Saturday afternoon to tour New York City on a bike, and he posted a video about the ride on his social media channels.

“Best morning ever,” Brady wrote alongside the video. He had a few other observations during his bike ride — which he said he hadn’t done in around 15 years.

Brady, 44, first noted th at it took him 10 minutes to unlock the bike. During his ride without a helmet, the Buccaneers quarterback chastised another biker for not stopping for a pedestrian at a crosswalk near Canal Street and highlighted some dogs he passed along the way.

Still, the seven-time-winning Super Bowl quarterback was in good spirits, and why not. When he is finally done playing, he has a lucrative job waiting for him as FOX’s lead NFL color analyst when he retires. Until then, Brady took time to enjoy one of the simpler things in life in New York City.

“This is great,” Brady said during the ride. “There’s a bell on this thing.”