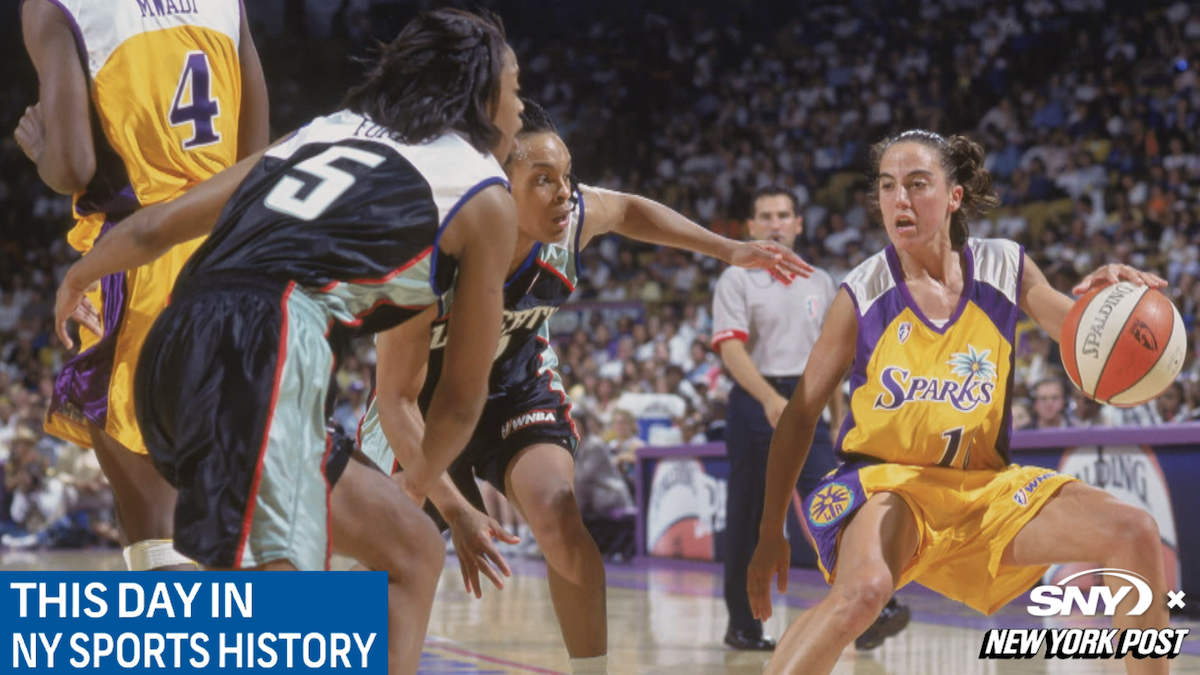 On June 21st, 1997, the New York Liberty played in and won the first-ever WNBA game in a 67-57 triumph over the Los Angeles Sparks at the Great Western Forum in Inglewood, California.