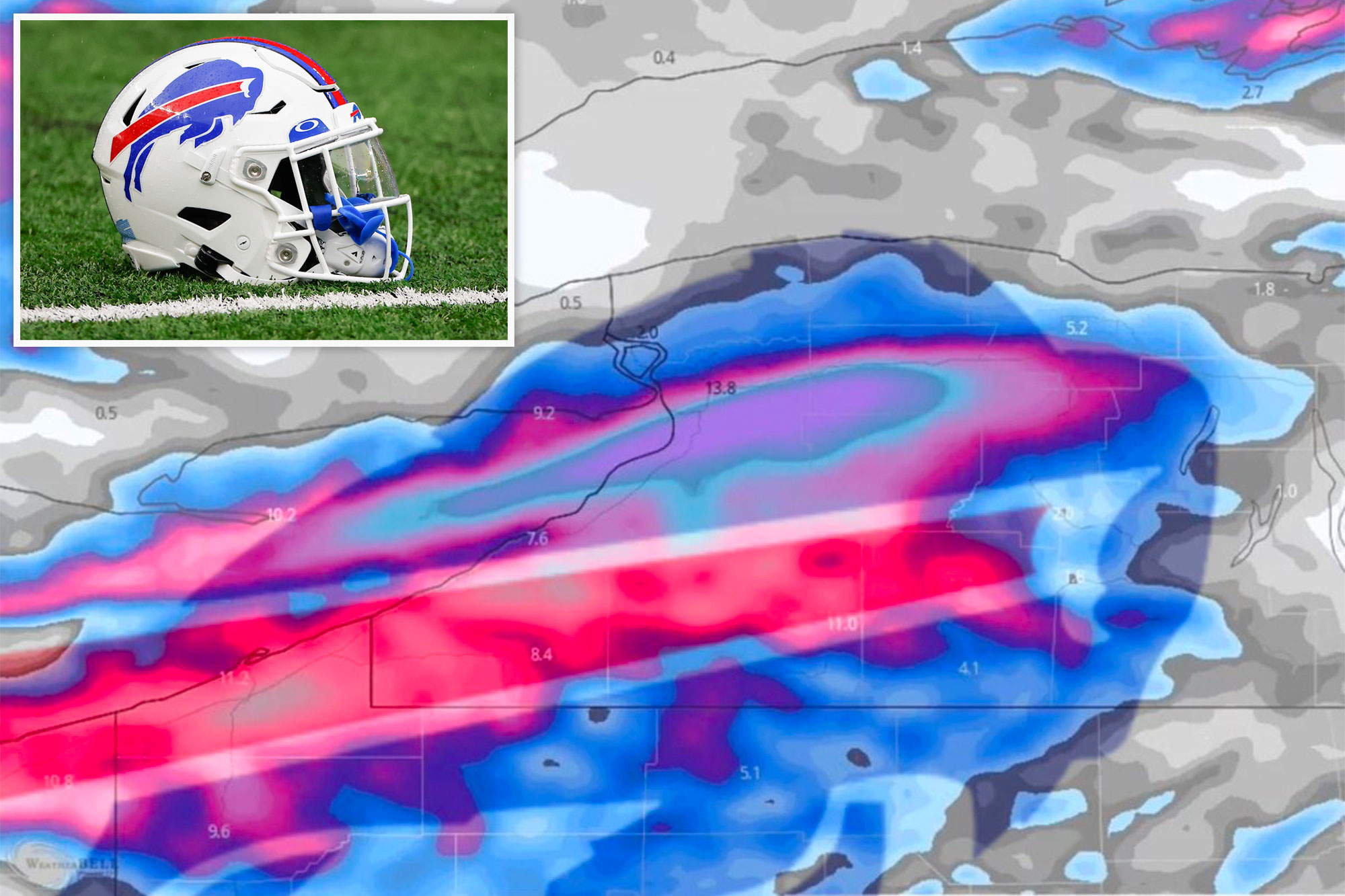 This is some un-Bill-ievable weather.

The Buffalo Bills logo is all over Western New York and now the Bills Mafia is even seeing it in the weather forecast.

Weather radar images of the monster snowstorm that dumped at least 77 inches of powder on Orchard Park, New York, between Thursday and Saturday appeared to depict the iconic logo: a blue charging buffalo with a red streak.

The comparisons started when “extreme weather enthusiast” Colin McCarthy tweeted an image of the storm’s path on Wednesday, according to The Buffalo News.

Bills fan Kali Mariakas took note of the similar shapes and colors and asked if other Bills fans saw the resemblance.

Team officials then got in on the action, posting an obviously doctored image of the radar Friday that accentuated the similarities.

The snowstorm led to Sunday’s game against the Cleveland Browns being relocated to Detroit’s Ford Field due to “public safety concerns and out of an abundance of caution,” the team said.

Ford Field was available because the Lions were slated to play the New York Giants in the Meadowlands Sunday.

Bills fans were hoping that the display of team spirit from the heavens would help the team snap a two-game skid Sunday, even as they were forced to take the home game on the road.

The 5.5 feet of snow that Orchard Park recorded by 7 p.m. Friday was potentially a New York State record for the most snow in a single 24-hour period, according to WGRZ-TV.