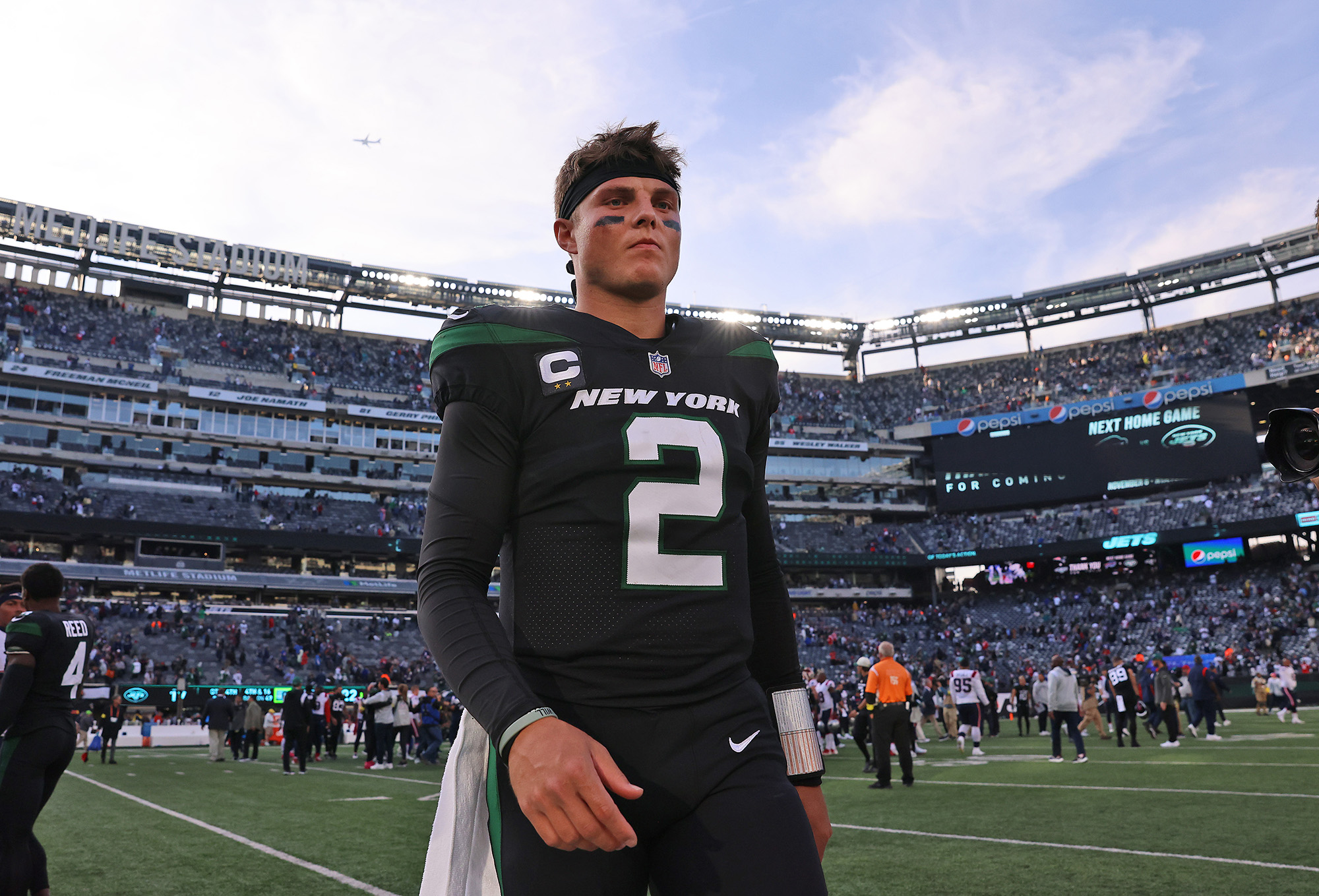 After a dreadful performance against the Patriots in an already uninspiring season, Zach Wilson has lost, or at least started losing, the confidence of Jets decision-makers and players. Through his first seven games, Wilson ranked 23rd in QBR and 33rd in passer rating. His 55.6 completion rate was the worst of any regular starter. Going into Week 12, Joe Flacco had thrown more touchdown passes and he hadn’t played since Week 3.

Still, Wilson is only 23 and talented enough to convince the current Jets regime that he was worth drafting No. 2 overall just last year.

So, what should the Jets do? Bench him, as Robert Saleh hinted he might, in hopes of chasing a playoff berth? Roll with him in the belief that high-pressure games are what makes great QBs even if they struggle to adjust early on? Or start looking elsewhere for a QB who can carry a talented roster to where it ultimately has the potential to go?

Let us know what you would do in the comments section below.