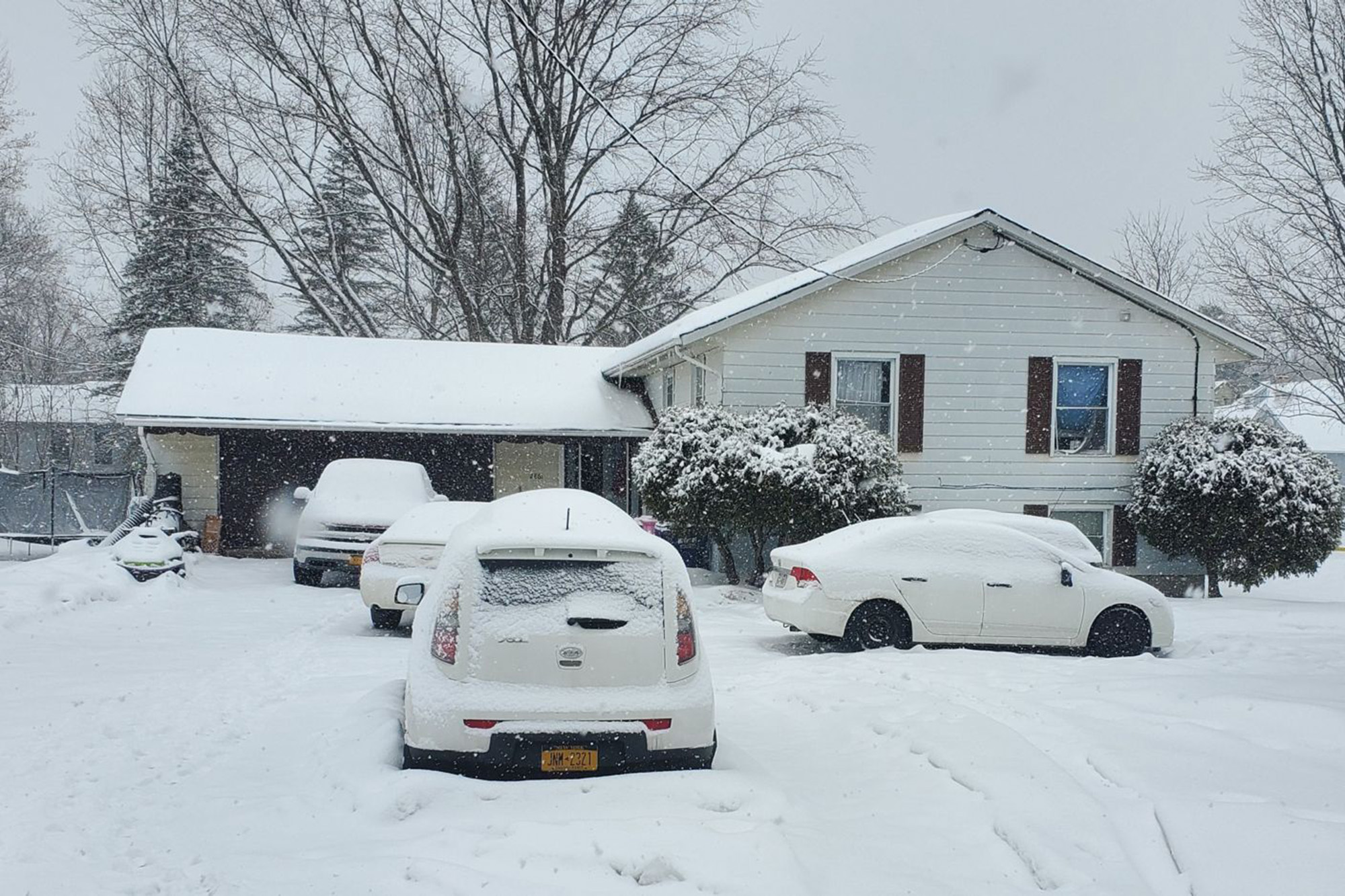 State police said that a fast-tracked man was shot and killed and his son was injured in a violent clash between neighbors.

William Kretz, 44, was arrested just after midnight Monday in Baldwinsville after a bloodied scrap that left his downstairs neighbor dead, the son of a man in critical condition at a local hospital, and one with facial injuries. Up neighbor, Police said in a press release.

Kreutz was charged with criminal possession of a weapon while the investigation into the troops continues.

Kreutz was in possession of a “ghost gun” – a weapon assembled from individual parts and therefore inaccessible because it does not contain a serial number, syracuse.com told

The outlet said the fatal dispute was reportedly sparked by damage to a vehicle outside the home, where both sets lived in neighboring Baldwinsville, about 14 miles north of Syracuse.

During the scuffle, Kreutz, who lives on the second floor of a house, shot William Delaney, a 44-year-old neighbor, and Delaney’s 27-year-old son.

The two were taken to a local hospital, where Delaney was pronounced dead and his son was listed in critical condition, but is expected to survive.

An unidentified 36-year-old woman living in a second-floor apartment was hit by a shovel in the face – although police have not announced who killed her.

Officers are investigating whether Kretz fired in self-defense, syracuse.com said In a separate report.